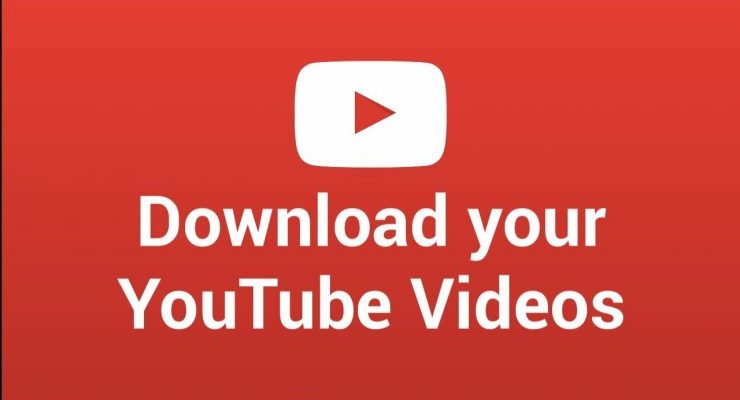 Introducing the amazablazing youtube downloader. There are several applications out there that allow you to download a video and/or convert that video to an mp3 format. They all seem to work just fine, but they are terribly slow in my experience. You can only do one at a time and you have to find the link and paste it in the app.

I came across Youtube-dl. It is a command line program that allows you to download videos as well as convert those videos to mp3. It is amazablazing fast. Yeah I had to make that word up just to convey how fast I mean. I learned that skill from my daughter that likes to convey how much she loves me with numbers that don’t exist but sound really big. For example, “I love you 299 thousand, 468, 999, 2 million.”

For those that do not care to read my ramblings and just want to get to using this command line program to download, here is the link below.  Just make sure to at least read the instructions included in the zip. This will open a command line window for each song you place in the Songstoget.txt file and begin downloading all of them simultaneously, once you run the downloadtobatchsongs.exe, so if your pc is not a very fast pc, you might want to do it in smaller amounts.

Two other important things to remember is you may need to make an exclusion with your antivirus if it does not like it and if for some reason it stops working, go to the youtube-dl website and download the latest version. Replace the youtube-dl.exe your folder you previously downloaded with the new one.

This tool is really a cool tool for a geek like myself. I used it a few times to test it’s ability. One day a friend of mine asked me for a recommendation on an application that he could download his videos from YouTube. So of course I immediately thought I have the perfect thing, then remembered he is not as geeky as myself. Use of this command line program requires being at least somewhat familiar with using commands. What to do….

There are a few steps that have to be done to your pc to get the Amazablazing youtube downloader to work. The first thing is to set FFmpeg path in your windows environment to the correct path. FFmpeg is a free and open-source project consisting of a vast software suite of libraries and programs for handling video, audio, and other multimedia files and streams.

I decided the best thing is to just create batch files for all of the steps that have to be done to add that and for the execution of the command lines that gets the video and converts to mp3. Finally settling on 3 options for using the tool. The first was a batch file to grab names of songs/videos from a text file and convert them all to an mp3. The second was a batch file to ask for user input for url of a song/video and convert it to an mp3. The third was to ask the user for the url of one song/video and download the video. All mp3’s go into a folder called songs and all videos go into a folder called videos. Crazy right?

I also converted some of the batch files to .exe so I could add an icon to make it look better and to insure the batch was not accidentally changed. I used Slimm to Bat Exe to make the executable s and add the icons.

What is in the batch files?

This batch file simply copies the included FFmpeg files to the c drive on your computer using the logged in user. It then sets the path in the windows environment. It removes the directory for FFMPEG you downloaded to clean it up. Finally deleting the shortcut “Runme1st”

Once that finishes you should be left with the below contents in your folder.

This batch file simply copies the included FFmpeg files to the c drive on your computer using the logged in user. It then sets the path in the windows environment and removes the directory for FFMPEG you downloaded to clean it up. It then deletes the shortcut “Runme1st”

Once you finish you should be left with the below contents in your folder.

Enough already how do I use this?

Click on the download link below and download the zipped folder to your system. Right click the zip and extract all. It is possible that your antivirus will not like the files. I use Bitdefender and it did not like them. You will have to exclude them if it blocks them. (Of course, as always this is a risk. I have not put anything in this folder that is harmful, but I can only speak for the batch and executable’s that I made and cannot speak for the youtube-dl.exe file as it comes from another source. However, I have used it off and on for years and have had no issues so I feel they are trustworthy) You can open the zip and see what is in it as well.

Once you extract you will see the Instructions.txt file. The instructions will tell you what you need to do to get started with the Amazablazing youtube downloader. I will paste that here as well

Do not forget that if your antivirus does not like it you will need to create an exception for it.

If for some reason it stops working you will need to go to youtube-dl website and download the latest version.

Most recently I have been using a 60% keyboard that a friend made. I thought...More